Staying Afloat – All About PFDs 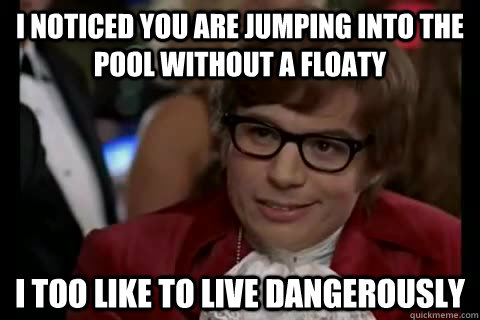 When I started boating, I had no idea what PFD stood for. I had to ask. Apparently it stands for Personal Floatation Device. When I was a kid we called them life vests, which I think is more descriptive. But in our acronym-crazy world, we now call 'em PFDs.


The Case For PFDs

The legitimate research that has been done on PFD efficacy (as opposed to the common Internet babble of anecdotal stories about unconfirmed people or conjecture what could happen on the water) is crystal clear: PFDs save lives. In the Coast Guard's 2014 report on recreational boating, they observed that where cause of death was known (and it's an uncommon circumstance where it's not), in 78% of fatal boating accidents the victims died by drowning. Of those drowning victims, 84% were not wearing a life jacket. Eight out of every ten boaters who drowned were using vessels less than 21 feet in length. And where the type of vessel was known, kayaks had the 3rd highest percentage of deaths at 10%.

What this means is that as a kayaker, there's always a potential for you to get in a serious boating accident no matter how safe you are. If something kills you, it's likely to be drowning. And your odds of drowning go down quite a bit if you wear a PFD.

If that's not convincing, then I don't know how to help you. You should consider this your train stop and quit reading this post right here.

For everybody else, here's what you need to know about PFDs.

One of the many things that the US Coast Guard does is set performance standards for PFDs. You always want a US Coast Guard approved PFD. Frankly, I've never seen one sold that wasn't USCG-approved, but I'm sure they exist. Don't waste your money on a PFD that doesn't meet minimum federal safety standards.

The USCG specifies five different types of PFDs depending on the type of water and the likelihood of quick rescue:
Buoyancy is the force (measured in pounds) required to keep your head and chin afloat above water. Most adults need just 7 to 12 pounds of buoyancy to stay afloat. A lot of things factor into your own personal buoyancy: your weight, body fat, lung size, clothing, and water turbulence. Interestingly, this is one area where being fat is a good thing: The more physically fit you are, the more buoyancy you need from a PFD!


I strongly advise reading the USCG's PFD recommendations for the type of waters and kayaking you do.

That said, most kayak anglers are best served with Type III or Type V (specifically marked for kayaking use) PFDs.

A relatively recent innovation for kayak anglers is the inflatable PFD. Inflatables are essentially vest-shaped balloons that employ CO2 cartridges to air up the vest in the event you need it. Depending on the PFD, inflation can be activated manually or automatically via water sensors. Inflatables are usually considered a Type III PFD, but always check the label to verify. In any case, they're a very attractive option because they are way less bulky and uncomfortable when deflated. But they also cost more and are an additional maintenance responsibility – you have to make sure you have good CO2 cartridges loaded and it's a good idea to have spares. There's also the risk that you snag one with a hook and destroy its ability to hold air until you can repair it. And if for some reason there is a failure in the inflation system, or the vest has been punctured, it's very possible you wouldn't know it until you actually need the PFD.

The most important "feature" of a PFD is how well it fits. An improperly fitting PFD can actually increase your risk of drowning in an emergency. First, the discomfort from a poor fit encourages you not to wear your PFD. Second, a loose PFD can ride up into your face when submersed in water, and can actually make matters worse (especially in turbulent water). Once you're in the water, it's very difficult to adjust the fit because the PFD's buoyancy is working against you.

A properly fit PFD should be snug and form-fitting, yet allow unfettered movement and not chafe while paddling and fishing.


How to properly fit a PFD

PFD manufacturers have gotten really hip to the needs of kayak fishermen! There are a lot of PFDs specifically designed with the angler in mind. Some of the features I recommend looking for are:

People often ask, "What is the best PFD?"

The best PFD is the one you'll actually wear.

This is a polite way of saying that a PFD is unlikely to help unless you wear it. That means putting it on every time you're on the water, for the duration. Carrying your PFD on your boat, but not wearing it, is not going to do you any good in an emergency. If you drown when there was a perfectly good PFD on your kayak with you, your obituary might very well say you were a particularly special kind of dumbass. Do yourself and the people who love you a favor and wear it.
Labels: Kayaking Gear Safety